The public education system in the United States over plays the significance of the study of math and science, causing teachers to leave Hemingway and Van Gogh in their rear view mirror. To fully understand the context of our public education system, we must travel back in time to the beginning of the Industrial Revolution. The Royal Society for the encouragement of Arts, Manufactures and Commerce (RSA), which is an organization committed to finding inventive practical solutions to today’s challenges, published a video on “Changing Education Paradigms,” explaining that the current education system was built on the emerging jobs of the Industrial Revolution. Some would argue that even though we are in a different age, our public education system is spending the majority of their time teaching only a narrow range of subjects that would have landed you a job at that time.

Today more and more people are graduating college and the job market is becoming tougher and tougher each year. In 2006, Sir Ken Robinson, an author on education, and legendary speaker from the Technology, Entertainment and Design (TED) Conference, says that it is predicted that in the next 30 years we will have more college graduates than throughout all of history. So suddenly a four-year degree will not be enough, perhaps not even a Masters, and landing a job is really going to come down to who has the highest level of education. These projections and the influence of many parents around the world are what discourage students to study art history and music at the higher level. This outcome goes hand in hand with the inference Robinson offered saying that our public education system is “educating people out of their creative capacities.”  Our society as a whole is sending our children to kindergarten with these brilliant fresh imaginations and slowly crowding them with scientific facts, mathematical equations, and rules of English. The little girl who just wants to draw a picture instead of learning her multiplication tables is intelligent as well, yet we make her feel differently. Many teachers might discourage her to continue her drawing on the outside of her notebook during class because she should be listening to the lecture, and the instructor might propose that she can continue drawing at a later time. However, the structured curriculum in the public schools rarely have arts and crafts time factored in where the little girl could actually continue her drawing. Teachers should be encouraging individuality and creativity in the classroom, and letting their students know that their ideas are important and can make a difference in the world.

The RSA presented a longitudinal study that was conducted on divergent thinking among kindergarten children up until graduation from high school. It was an assessment testing their creativity and at the kindergarten level the class scored an average of 98%, but then the scores slowly decreased over the years. The RSA said that it goes back to the difference between divergent and convergent thinking, as most subjects in school treasure convergent thinking, which is usually how we teach students to take a multiple choice test.  Consequently, we are teaching our students the scientific and technical way of thinking, which is diluting their mind of any real creative ideas that they once had. The No Child Left Behind Act, introduced under George W. Bush in 2001, only reiterates this exact point, because not only does it set a certain curriculum that public schools K-12 should teach by, but it issues standardized testing to make sure every student has reached a certain level in their education. By school systems teaching only the curriculum they know will be covered on the standardized tests, they are eliminating room for any real creativity in the classroom. Nonetheless, the students who just want to read an Emily Dickenson book, perform on Broadway, and be the next Picasso ARE being left behind. This kind of curriculum is causing these types of students to believe that they are not good at anything if they cannot succeed in or are not intrigued by math or science.

To understand the importance of studying the arts and the danger our education system is doing to students we need to imagine a world without the arts. Without the arts we would wear togas to class, eat bland food, drive the same model car, as well as live in a building that looked like a cardboard box. Because after all, it was a fashionista, a chef, a designer, and many artists that contributed to these “necessities” which make the world a better place.

Albert Einstein said that “Imagination is more important than knowledge.” The technical and scientific side of education may be considered more important in our education systems today, but ultimately it was a creative imagination that came up with the idea for the scientific and mathematical philosophies.  Robinson said we need to rethink the principles of which we are educating our children and a good start would be for teachers to encourage creativity and using the imagination through more group work, creative writing and friendly academic competitions. Unfortunately we cannot eliminate standardized testing, but by making creativity in the classroom just as important there really will be no student left behind. 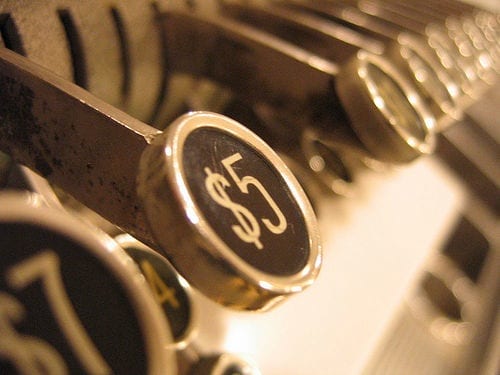